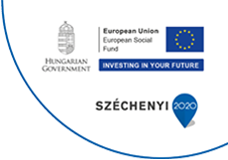 Introduction and aim: In Hungary (HUN) there are everyday PE lessons (5 per week), while there are significantly fewer PE lessons (2 per week) in Slovakia (SVK). We compare SVK and HUN children who started to attend primary school in the autumn of 2018 and our main hypothesis is that more regular PE lessons have more positive effect on motor development due to the improvement in the degree of obesity.

Methods: 311 children from both countries and genders (SVK: 94 boys and 104 girls; HUN: 57 boys and 56 girls) participated in the study. Their BMI percentiles were defined according to the BMIs of the measured children from the same country and then they were classified by BMI percentiles to lean (L; percentile was less than 25%), normal (N; percentile was between 25.1 and 74.9%) and overweight/obese (OOB; percentile was more than 75%) categories. To examine their motor development we used the Test of Gross Motor Development-2 (TGMD-2) which does not measure performance, but classifies motor coordination based on given observation criteria. TGMD-2 contains locomotor (run, gallop, hop, leap, horizontal jump, slide) and object control (striking a stationary ball, stationary dribble, catch, kick, overhand throw, underhand roll) tasks.

Conclusions and further perspectives: Our results seem to prove that the OOB children’s motor skills are weaker. We detected a few significant differences between SVK and HUN pupils’ motor development, but we would like to perform the same examinations once in every semester during the first two school years, and follow up the same indicators among the same children. Now we reported the results of the first measurement period with participants who newly enrolled in 1st class of school education after nursery. We suppose that the differences would be more remarkable when the pupils spend more time in the system of everyday PE than in the system of 2 PE lessons per week.

Introduction of a longitudinal international (RO-SVK-HU) study about body composition, motor development and quality of life  among 6-7-year-old pupils